When it comes to smoking tobacco, people often have a question: is smoking pipe tobacco and cigarette tobacco different? Also, can anyone who smokes a cigarette can switch to a pipe? There are many such questions, and both the pipe and cigarette tobacco are different from each other. Where pipe has been the oldest form for smoking, cigarettes were introduced later in 1800. Both types of tobacco are very different from each other, and so is their way of consumption. Pipe tobacco smoking should be done slowly to enjoy the taste and have a great experience. However, cigarettes, on the other hand, are meant for a quick smoke that is much more compact and easy to carry in a box. While you have company manufactured cigarettes that have a unique mixture of tobacco and chemicals to enhance the taste, pipe tobacco is purely open tobacco leaves that are stronger in aroma and experience than a cigarette. Let’s look at various things that differ in both the pipe and cigarette tobacco and the experience of consuming them.

The tobacco used in a cigarette is very different from what is used in a pipe. The company manufactured cigarettes used tobacco that is mixed with certain chemicals to enhance the experience and effect. However, pure tobacco leaves are used in a pipe, such as ohm tobacco, without any other additions. Another major difference between the two is the use of strong tobacco. Pipe tobacco is generally strong and has a very strong aroma and taste. Whereas, tobacco used in a cigarette can range from light to strong, depending on the varieties offered by the manufacturer. Cigarettes are usually more compact and easy to carry due to which they are preferred more over the traditional use of pipes. If you want to use a pipe, you would need to carry tobacco and pipe separately. Since cigarettes are more compact to carry, people prefer it more.

Cigarettes come in various flavors for those who do not like the original tobacco aroma when it comes to taste and smell. Most commonly available ones are menthol-flavored cigarettes. Cigarettes have a more refined and less burning flavor due to the addition of certain chemicals. On the other hand, the tobacco used in a pipe is pure and without flavors. The earthy aroma and taste are prominent in it and the preferred choice of all those who like to smoke through a pipe. Another significant difference in both of them is the addition of filters. Pipes usually do not come with any filter. However, you can purchase one separately and add it to the pipe. Cigarettes do come with a filter in all types and varieties, to cut down on the harmful chemical and toxic smoke.

Cigarettes are much more affordable and accessible to people and can easily be found in stores and markets. Whereas, using pure tobacco in a pipe is a costly affair. Although it provides the users with the options to select the type of tobacco they want to use, the price is higher. The smoking style for both also differs a lot. Where smoking can be done faster through a cigarette, the pipe is meant for slow enjoyment. These are some of the differences between smoking through a pipe and cigarette. Although they use the same tobacco leaf, the combination used in each of them is different from each other. Where pipe gives you a pure flavor of tobacco, cigarettes are combined with various other things to change the taste. It does not matter which one you prefer as both are a different experience altogether. 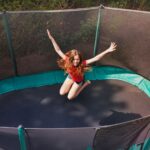 Are you looking for a new form of outdoor family recreation? As long as you have a backyard, investing in a trampoline would provide excitement and physical benefits for all family members. The … END_OF_DOCUMENT_TOKEN_TO_BE_REPLACED 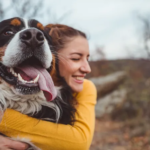 It is usually difficult to know how your pet is feeling, as they can't tell us about their problems. It can sometimes be hard to know whether your pet is suffering from pain or a health issue, so it … END_OF_DOCUMENT_TOKEN_TO_BE_REPLACED