If your company had an opportunity to recommend the competition, would that opportunity be seized? If your management team is like most others, it would be hesitant to give any help to the competition. But wait. Pointing customers toward a competitor is not necessarily a bad thing. The online marketing experts at Webtek in Salt Lake City, Utah say that taking a hostile approach to the competition is fairly common in the digital arena. For example, companies ordering guest posts instruct Webtek to never include outbound links to competing websites. Webtek is never to mention the competition – ever.

Such a strategy is rooted in the mistaken belief that business is a zero-sum game. In other words, a belief that one company can only succeed if another company fails. Not only is such an idea flawed, it is also bad for business. Free markets flourish when there is enough room for everyone to succeed.

Goodwill marketing rests in the concept that you can boost your own business by showing good will to both customers and the competition. If you need an example, look no further than Progressive.

Progressive made its name in the car insurance industry by guaranteeing to offer the lowest price or point to customers elsewhere if they could not. The company has always tried to help customers find the best price even if a competitor offered it. Their good will efforts have not harmed them over the years. If anything, those efforts have helped.

According to Successful Meetings contributor Matt Alderton, a more recent example of corporate good will was displayed by none other than Netflix. Early in 2020, Netflix promoted the BBC America series Killing Eve because one of its lead actresses had just won a Golden Globe.

It turns out that Killing Eve fans cannot watch the show on Netflix. They can watch it on Hulu. Not only did Netflix promote the show, but they also encouraged customers who wanted to see it to try Hulu.

People Believe in Good Will

All of this might seem counterintuitive to business competition. Maybe it was a few decades ago, but it isn’t any longer. The fact of the matter is that people relate to others in direct correlation to whether or not they think other people are good or bad. They relate the same way to the companies they do business with.

According to Psychology Today, human beings normally place other people in ‘good’ and ‘bad’ categories. Our category choices ultimately influence what we think of other people. They influence how we perceive them, how we relate to them, and so forth. Again, the same is true with companies.

The simplest way to understand this is to recognize that people believe in the good will concept. If they see a company demonstrating good will, they are more apt to believe that the company is inherently good. They are more likely to develop a positive perception of that company.

Goodwill marketing is not designed to directly improve the bottom line. It might even hurt a bit in the short term. In the long run, however, goodwill marketing improves a company’s reputation among both existing and potential customers. It shows that a company does not have to tear down the competition to succeed. 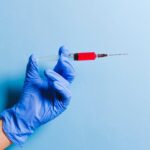 Handling sharps waste disposal effectively is one of the greatest challenges medical facilities can face. Read on to learn how you can have your own onsite removal “service”! Medical sharps … END_OF_DOCUMENT_TOKEN_TO_BE_REPLACED

For those who have never done it before, taking an RV vacation is a unique experience. And while it’s fun and exciting, there are some very specific steps you need to take to ensure your trip is as … END_OF_DOCUMENT_TOKEN_TO_BE_REPLACED