You could really write a book about all the things to see and do when visiting a city like Melbourne. In this post we’ll just be covering a few of them to whet your appetite and give you some ideas.

One thing is for sure. Visitors to Melbourne are never bored, as there is always something going on in this diverse metropolis. Watch the Cricket Or the AFL At the MCG

The MCG (or Melbourne Cricket Ground) is Australia’s grandest sporting venue and one of the top 10 biggest in the world as far as capacity goes. The atmosphere inside this circular stadium is nothing short of electric when filled to the brim with a buzzing crowd.

Whether you go there to watch the cricket or a game of AFL, even if you’re not into the sport, it’s worth visiting this sporting cauldron just to soak up the incredible atmosphere.

There’s nothing quite like it and you’ll enjoy yourself no matter what.

Check Out the Old Melbourne Gaol

Back in the days when Melbourne was a penal colony, the English settlers spelt it as “gaol” instead of the modern day spelling of “jail”. Protected under the National Trust Victoria, paying a visit to the old gaol isn’t just a step back into history, it’s downright spooky, but in a cool sort of way. You’ll feel like you’re on a movie set as you wander the eerily silent corridors.

When you poke your head into the cells, you can’t help but wonder who used to be locked up in them and why, and also what it could have been like to be held prisoner in the Old Melbourne Gaol.

The gaol is open all day every day, and on certain nights of the week, you can take the ghost tour for creepy fun. Definitely worth a visit.

It takes place on the first Tuesday in November each year and the race has been held annually for more than 150 years. The Melbourne Cup is the country’s most famous and loved horse race, and arguably the greatest single sporting event in Australia.

Everyone stops what they are doing come race time to watch the race and Melbourne Cup betting goes crazy. Even people who don’t normally punt on the races will put down some money in the hope of getting lucky.

The best place to see the race is trackside at Flemington Racecourse, but just being in Melbourne at the time means you’ll be infected with the excitement and party atmosphere.

Treat Yourself To Entertainment At the Crown Casino Complex

Apart from 3 public holidays per year, the magnificent Crown Casino Complex is open 24/7 for fun, dining and entertainment. Try your hand inside the casino itself and see if you can win a few dollars on one of the many gambling games.

The complex is far more than just a gambling den though. It’s also a first class hotel, houses many cool and interesting shops, nightlife, live entertainment and some of the best restaurants and bars in the entire city.

While kids are not allowed entry into the casino itself, there is plenty for children to see and do inside the complex, so it’s perfect for families and not just restricted to adults.

Operating on Thursday, Friday and Saturday nights, take a cruise along Melbourne’s picturesque Yarra River than runs through the heart of the CBD. Including beverages, partake of a sumptuous 4 course dinner while drinking in the sights of the city by night.

It’s the perfect romantic start to the evening for couples, but the cruise also caters to families as well, with special kid’s menus available.

A Day (Or Night) Of Fun At Luna Park

Luna Park in St Kilda is all about thrills and fun. Enjoy the many rides, sideshow alley, live entertainment and more as you explore this historic theme park.

Not only is it a fantastic time for everyone, the park also boasts the world’s oldest wooden roller coaster still in operation. But don’t worry, it’s perfectly safe, just scary in a fun way.

So if you’re up for a full on adrenalin rush while in town, Luna Park is the place to go. 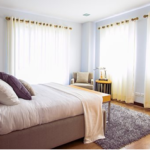 If you are hoping to upgrade your bedroom, then it is a good idea to invest in some accessories. With so many different options to choose from it can be hard to decide which ones you would like to buy … END_OF_DOCUMENT_TOKEN_TO_BE_REPLACED 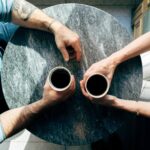 The Gottman Method is one of the most widely used couples therapy models in the world - based on the Sound Relationship House Theory, it aims to improve your communication and conflict resolution, … END_OF_DOCUMENT_TOKEN_TO_BE_REPLACED