Space is of a premium in homes throughout many regions of the country, which means these homeowners have no desire to install a traditionally large heating, air conditioning, and ventilation (HVAC) system. Additionally, many homes featuring Eichler or Mid-Century Modern-style architecture simply don’t have space for traditional ductwork for HVAC systems.

A great solution for saving space and improving efficiency is a mini-split HVAC system, also known as a ductless system. Below are some considerations for homeowners looking for an alternative to keep their home appropriately cool or warm.

A mini-split system produces both heat and cool air with help from a heat pump. However, the system moves heat instead of generating it. A HVAC technician connects indoor units with a refrigerant line to outdoor units to allow multiple lines to run inside. That makes it possible for the lines to provide heat or cool air to several rooms. The technician only needs to cut a three-inch hole to make an opening for multiple lines to come into the home. He or she can then place them in optimal positions to provide the greatest level of comfort with the lowest energy output.

Besides improved aesthetics in the home, one thing people really appreciate about a mini-split HVAC system is that it costs less money to operate each year than a traditional HVAC system. Because these systems use less power, that translates into lower energy costs while still providing the same degree of indoor comfort.

The conditioned air of a ductless mini-split goes directly into a room. This gives homeowners the options of choosing which rooms in the home to heat or cool and which to leave alone. They can also set different temperatures for different rooms. People who have this system appreciate its flexibility.

One thing that allergy and asthma sufferers may want to consider is that ductless systems help to purify the air better that ducted systems do. That is because they come equipped with several stages of filtration that help to keep dust, pollen, and other common allergens out of the air. HVAC units with ducts must be cleaned by a professional on a consistent basis. Even so, some debris remains left behind and can get into the air that people in the home breathe every day.

Compared to a traditional HVAC system that can take several days to install, it’s possible to put in a new ductless system in less than one day. There is no maneuvering around existing ductwork or rebuilding walls and losing square footage.

Situations When a Ductless Mini-Split Can Be Especially Advantageous

While nearly every homeowner could benefit from switching to this method of heating and cooling, it can be especially ideal in these environments:

Perhaps the most important choice of all in the decision to go ductless is to hire an experienced HVAC contractor to install the unit. He or she can also advise on the most efficient equipment for the living space.

If you like the Neighborgoods blog, check out our about page! 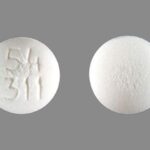 There are quite a few things that you should know about the proper dosage of acarbose that you should take. The first thing to note is that there are a number of factors that influence the dosage of … END_OF_DOCUMENT_TOKEN_TO_BE_REPLACED 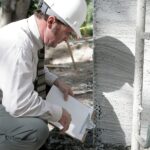 Foundation repair in Corpus Christi, TX can help prevent damage to your property that could result in expensive repairs down the road. If you’re thinking about putting your home on the market soon, … END_OF_DOCUMENT_TOKEN_TO_BE_REPLACED