ICE and CBP officers regularly harass and use force on minority groups and immigrants. They engage in arbitrary searches and seizures, warrantless stops, and violent confrontations, all of which violate individual rights. Immigrants and minorities can avoid altercations with immigration officers by cooperating while asserting their rights. Brutality by ICE and CBP Is Prevalent

Most Americans focus the debate about brutality by law enforcement agencies on the police, but Immigrations and Customs Enforcement (ICE) and Customs and Border Protection (CBP) are equally culpable. Immigration agencies regularly subject racial minorities and immigrant communities to brutality, racial profiling, and abusive practices.

Border patrol agents often use excessive force during apprehensions, detain people under inhumane conditions, and use force and misinformation to deport people. In addition, several US cities use ICE and CBP agents as reinforcements for law enforcement agents to quell civilian dissent on their streets.

Minority citizens and immigrants who live along the US border often bear the brunt of brutality by immigration police forces that are not accountable to the communities. ICE and CBP have killed more than 100 people along the southern border since 2010. Most of the victims were immigrants, US citizens, and Mexicans who had not entered the US.

Despite the lack of public scrutiny, immigration policing agencies have bigger budgets than most federal law enforcement and security agencies. The CBP uses the abundant resources to engage in unconstitutional operations. The agency regularly suspends the constitution through arbitrary search and seizures and warrantless vehicle stops and searches hundreds of miles inland.

The agency claims to have policing power over two-thirds of the US territory. The agency also has tactical in sanctuary cities all over the US. This has empowered it to harass, arrest and control the movement of minority immigrant communities with impunity.

All US residents have guaranteed rights in the constitution regardless of their immigration status. People who are not US citizens should carry their papers all the time and show them if immigration agents request them. Immigrants who don’t have the documents can exercise their right to remain silent or consult their lawyer. Further, US residents have the right to refuse searches if there is no probable cause.

How to Handle Encounters with Immigration Officers

Encounters with immigration agents can result in confrontations, violence, and even death. To reduce the risk of severe injuries, one should remain calm and avoid resisting or obstructing the officers. Persons who have been injured during arrests should seek immediate medical attention and take photos or videos of the injuries. They can use the evidence to file a complaint with the relevant immigration agency. 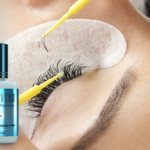 Knowing the proper techniques of eyelash glue removal are necessary skills for any lash artist. The good news is, anyone can master these techniques with professional tips and approaches. In today’s … END_OF_DOCUMENT_TOKEN_TO_BE_REPLACED

Winter is here, and the wedding season is too. You know this is the perfect time for a celebration where all your family and friends can celebrate not only the festive season but you can also give … END_OF_DOCUMENT_TOKEN_TO_BE_REPLACED