A plumbing vent might be your worst problem when it’s clogged. It is a plumbing fixture connected to the roof of the home. The purpose of this pipe is to allow air pressure to escape from the plumbing system through them as against the general misconception that it is primarily designed to allow air in. Without a vent pipe system to allow pressure to leave, harmful sewer gases often build and hamper the flow of water through the pipes. The problem usually experienced with a clogged plumbing vent is due to the inability of air to flow out as against the failure of air to flow in. This article details everything you need to know about a clogged plumbing vent. From the signs to its causes and prevention mechanism, the average cost of unclogging, and the efficient way of unclogging your vent pipe system.

If you suspect your plumbing vent is clogged, please call a plumber as soon as possible. If you need further information, visit our website at princetonplumbingpros.com.

Why Do Plumbing Vents Need to be Cleaned?

What are the Causes of Clogged Vent Pipes?

Proper prevention of major issues has always been the solution to many problems we face today, and a clogged vent pipe is not an exception. Although clearing vent pipe blockages can be a displeasing process, here are some of the efficient preventive measures to avoid them:

How Much Does it Cost to Unclog a Vent Pipe?

According to HomeAdvisor, the average cost of unclogging a clogged vent pipe drain nationwide in the United States is between the ranges of $130-$180. This costing covers both the cost to find the clog and clear the drain. Although most reputable plumbing companies’ charges range between $50 – $150, this cost usually depends on the severity of the blockage.

How Do You Unclog a Clogged Vent Pipe?

The best and most efficient solution to unclogging your clogged vent pipe is to seek the professional help of a plumber. Most homeowners usually opt for the DIY method in a bid to save cost, and this method usually involves:

If you try to fix it yourself with no avail, be sure to call an expert local plumber!

What Happens if You Don’t Vent Your Pipe?

There will be a significant loss of water in situations where there is little or no air pressure being supplied from the vent in the drain pipes. As a result of this water loss due to little or no pressure, the water already present in the toilet bowl or tan can flow away, causing inconsistency in the level of water present.

Hire a Plumber Before it’s Too Late!

The importance of using a vent pipe for household plumbing functions cannot be overemphasized. In situations where vent pipes are absent for primary plumbing functions, the trap might be sucked dry, making the fixture not to be appropriately drained.

As crucial as vent pipes are, it is more important to note that clogs in plumbing air vents come dissatisfied with water backups and toxic gases, and this often ends up in severe health damage to the homeowner. To ensure the best possible solution and prevent prospective health hazards, all severe plumbing pipe vents blockage should be handled by a plumber. 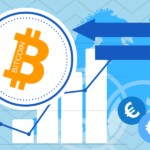 The cryptocurrency industry is growing, so many novice traders and investors are eager to engage with this field. Cryptocurrency trading is one of the most popular destinations. To buy crypto at a low … END_OF_DOCUMENT_TOKEN_TO_BE_REPLACED 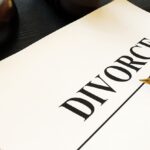 In recent months, there has been an online surge of NFT electronic artwork. The Bored Ape collective has actually brought a large amount of focus to this art exchange, with lots of people starting to … END_OF_DOCUMENT_TOKEN_TO_BE_REPLACED