Agreed, it’s often pretty tough to see what sort of condition your chimney is in. And if you don’t actually use the chimney anymore, it’s actually a challenge to even remember it’s there. But, it is, and as it’s made of bricks and mortar it’s got a lifespan, just like everything else your home is made of. Here’s a little on how even an unused chimney can become a costly problem, and how to tell what needs to be done.

How can an unused chimney stack become damaged?

One word – weather. While many chimney stacks won’t be covered in endless layers of soot and debris on the inside, their outer layers are constantly exposed to the elements. Moisture in particular can creep into the masonry and, unlike the walls of your property, you won’t see the impact of the damage as mould forms and seeps into the chimney. Unused chimneys may not have a professional flue liner installed too, which means it’s only a matter of time before moisture creeps into the rest of the home.

What can the extent of the damage be?

The other most common problem to occur, over time, is that the mortar in the chimney begins to crack and crumble. This, in turn, leads to bricks shifting, and the overall integrity of the chimney being compromised. In extreme instances, the chimney stack itself can fall – and that’s an awful lot of bricks to come tumbling down on to one roof. Tiles and shingles, guttering systems, and more can be obliterated when chimney stacks take a tumble, while some bricks will inevitably fall down the chimney and into the property too.

To repair or replace?

Hopefully, your chimney hasn’t reached the point whereby it needs replacing – or even removing entirely. However, a close visual inspection is the best way to establish whether a minor repair can still do the job. If you’re not comfortable doing this yourself, look for roofers in Darlington, Dagenham, Dundee, etc., who specialise in chimney repair – or local chimney professionals. If the pointing of the brickwork is the only issue, and this can be repaired, then you’re looking at a small, affordable cost. However, the chimney crown and flue lining may also cause a problem and, if the pointing is damaged beyond repair, then you’ll have a decision to make.

Once the repair or (gulp!) replacement has taken place, it’s worth a regular, annual check of your chimney from here on in. If your chimney is in use, your chimney sweep may be able to tell you if it’s worth getting someone to take a look, but otherwise get it checked whenever you have your roof inspected. And if you’re not one for often checking your roof, get a local professional to give it a keen-eyed once over soon. With proper care and attention, you’ll never have to fork out for substantial chimney stack repair costs, or need worry about replacing it ever again. 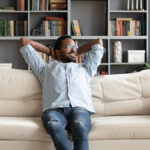 Sober living homes: These are residences designed to give folks a sober life in Austin who have finished drug rehabilitation therapy for their addictions. These facilities enable people to entirely … END_OF_DOCUMENT_TOKEN_TO_BE_REPLACED 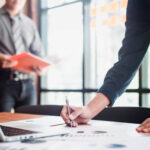