If you love rocking exclusive kicks such as Jordans, you’ve come to the right place. As if you continue reading you’ll discover why sneakerheads are crazy about their Jordans and why Jordans will never go out of fashion and will remain in hot demand even after the hype of Yeezys fades away.

The design of Jordans is unique:

One of the first reasons why Jordans are still so popular, decades after they were first released is that they have a shape that is instantly distinguishable from other shoe designs. As sneakerheads want their friends and even strangers on the street to recognize that they’re wearing trainers that are a status symbol, several generations of sneakerheads have coveted air Jordans. Especially rare versions which are hard to find.

New colorways are released on a consistent basis:

While the basic style of Jordans has stayed the same since their initial release in 1984, new colorways are added on a monthly basis. Which makes building a Jordan collection a whole lot of fun for serious shoe collectors. For example, recently Nike released the Air Jordan 1 Court Purple 2021 colorway that is destined to sell out as quickly as it was released.

Michael Jordan is still the most famous professional basketball player of all time:

While Larry Bird, Kobe Bryant, Shaq, Steph Curry, and LeBron James are household names and are all exceptional basketball players in their own right, to this day there hasn’t been a basketball player who has been as influential to the sport of basketball than Michael Jordan. As his name is instantly associated with his undeniable talent and success, it should come as no surprise that sneakerheads, especially sneakerheads who love basketball, love their Jordans.

So if you always wondered why sneakerheads have a special place in their heart for classic Jordans, hopefully, you now understand some of the hype which surrounds one of Nike’s most popular designs. If you don’t have a pair of your own Jordans yet, it’s definitely well worth joining the club and finding a pair of Jordans which will help you start your Jordan collection.

Another reason why so many people love Jordans is that they are frequently worn by A-list celebrities. Some key examples of which include Kylie Jenner, Rhianna, Drake, Jay Z, Mark Wahlberg, Jennifer Lopez, and Hailee Beiber. This also shows that Jordans are a unisex shoe that can easily be worn by women or men.

As the original Air Jordans were released in 1984, many of the first individuals to start wearing them have passed on their love for their Jordans down to their children and grandchildren. This means that Jordans are popular amongst different age categories.

Nike is still the world’s number one shoe brand:

Lastly, Jordans are still coveted as they are made by Nike which is probably the world’s number one shoe brand and will never go out of style.

So if you don’t have a pair of fancy new Jordans, it’s well worth treating yourself to a pair. Although even if you have multiple pairs, you can never own too many Jordans! 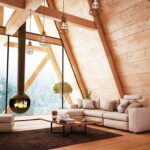 Timber walls are often made out of a framework packed with another material, frequently wattle and mud, which is often replaced with brick. The wall is thin. However, its stability is assured by the … END_OF_DOCUMENT_TOKEN_TO_BE_REPLACED 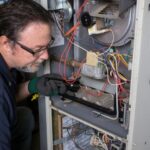 The air conditioning system is one of the most expensive appliances to maintain and operate in your home. It is a necessity, especially during the scorching summer days. Figuring out when it needs … END_OF_DOCUMENT_TOKEN_TO_BE_REPLACED